The first thing I noticed about The God of Small Things was lushness—the lushness of India’s setting and the lushness of a multitude of striking images created with unexpected metaphor. Arundhati Roy writes prose that begs the reader to pick it up, examine it to appreciate all its facets and read it again.

It was raining when Rahel came back to Ayemenen. Slanting silver ropes slammed into loose earth, plowing it up like gunfire.

It’s a book that begs the reader to keep a notebook handy to record images:

It could be argued that it began long before Christianity arrived in a boat and seeped into Kerala like tea from a teabag.

That expression on Ammu’s face. Like a rogue piece in a puzzle. Like a question mark that drifted through the pages of a book and never settled at the end of a sentence.

The gray sky curdled, and the clouds resolved themselves into little lumps, like substandard mattress stuffing.

In addition to delicious prose, The God of Small Things delivers a haunting story and makes a definite statement about the caste system. The history of a family is played out against the background of a changing India. Two twins, Rahel and Estha, provide the principle lens through which we view the story. However, each character’s point of view enriches it.

Throughout this novel, Roy tantalizes the reader with a sense of impending doom. One aspect of this doom is revealed early on, but each character’s part in it is held back until the end.  Roy entices the reader onward with well-placed hints about the future. She closes the story with the fateful love scene between two members of different castes.

The New York Times called this book “Faulknerian in its ambitious tackling of family and race and class, Dickensian in its sharp-eyed observation of society and character.”

Reading about author Arundhati Roy in an interview in Progressive Magazine is as moving as reading her novel. She donated her Booker prize money to a grass roots organization trying to stop the creation of dams in India that threaten the homes and livelihoods of millions. Roy writes what she believes. She says "...fiction is the truest thing there ever was. ...The writer is the midwife of understanding."

Joyce Ray
Maine/New Hampshire, United States
I'm a graduate of the Vermont College of Fine Arts' MFA in Writing for Children and Young Adults Program. My debut YA novel, Feathers and Trumpets, A Story of Hildegard of Bingen, was released in 2014. My current work-in-progress is an historical Middle Grade coming-of-age novel set in 1950's Maine. Titles in the America's Notable Women Series, published by Apprentice Shop Books, contain my work. In addition to writing fiction and nonfiction, I love writing poetry and encouraging others through poetry workshops for all ages.

Feathers & Trumpets, A Story of Hildegard of Bingen 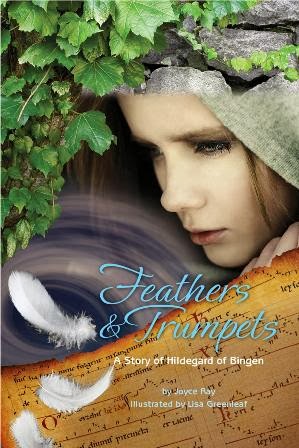 Awarded a 2014 Moonbeam Children's Book Award Silver Medal in Religion and Spirituality and an Illuminations Siver Medal in Children and Youth Fiction.

Women of the Pine Tree State 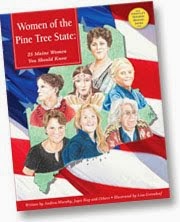 Poetry published in Color Wheel, Entelechy International, The World According to Goldfish, Vol.II, Sight, and A Hundred Gourds. 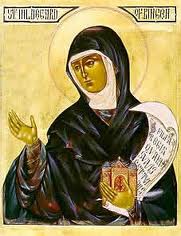